Sam’s Too was founded in 1995, but owner John Pensabene’s relationship with pizza came way before that. John’s parents, Simone and Giovanna made their way to the United States from Sicily in the 1960’s. The two were introduced by family members and hit it off. They were both young Italians in a new country and found familiarity in each other which led to the two to begin a courtship. Before long they were married and decided to start a family of their own. 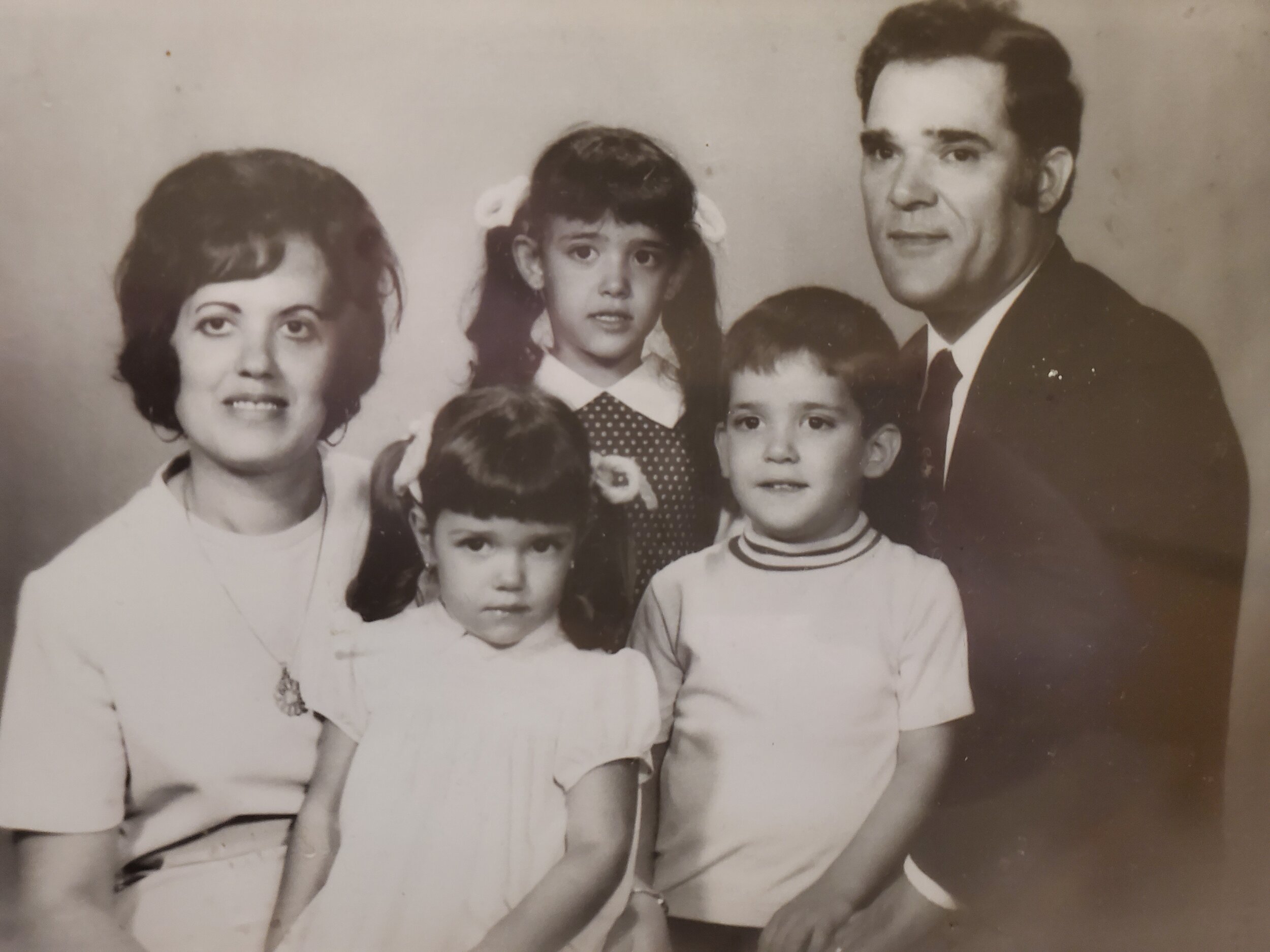 Photo of the Penasabene family

The Pensabenes had a lot of family members that had found success in the restaurant business, and decided to give the American Dream a shot. It began with a small grocery store and eventually led to a restaurant. John, along with his sisters Grace, and Maria were only 9 to 13 years old when the restaurant started. The Pensabenes weren’t lacking when it came to work ethic. They hired just one employee to serve in the dining room, and did everything else themselves. It was at this time that John and his sisters started helping out where they could with the business. While most kids spent their free time outside playing baseball or tag, John and his siblings worked, cooking and cleaning up around the restaurant. As time went on the business grew a big following of regular customers who ate at Sam’s once or twice a week. As the restaurant grew so did John’s responsibilities. Most of the regulars knew the Pensabene kids by name, and knew how hard they worked. 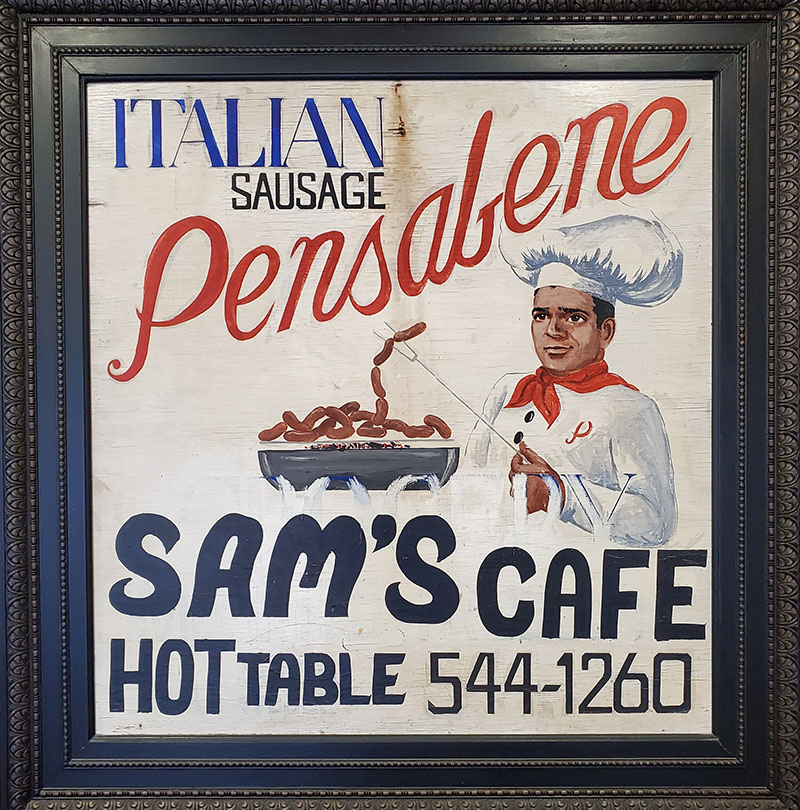 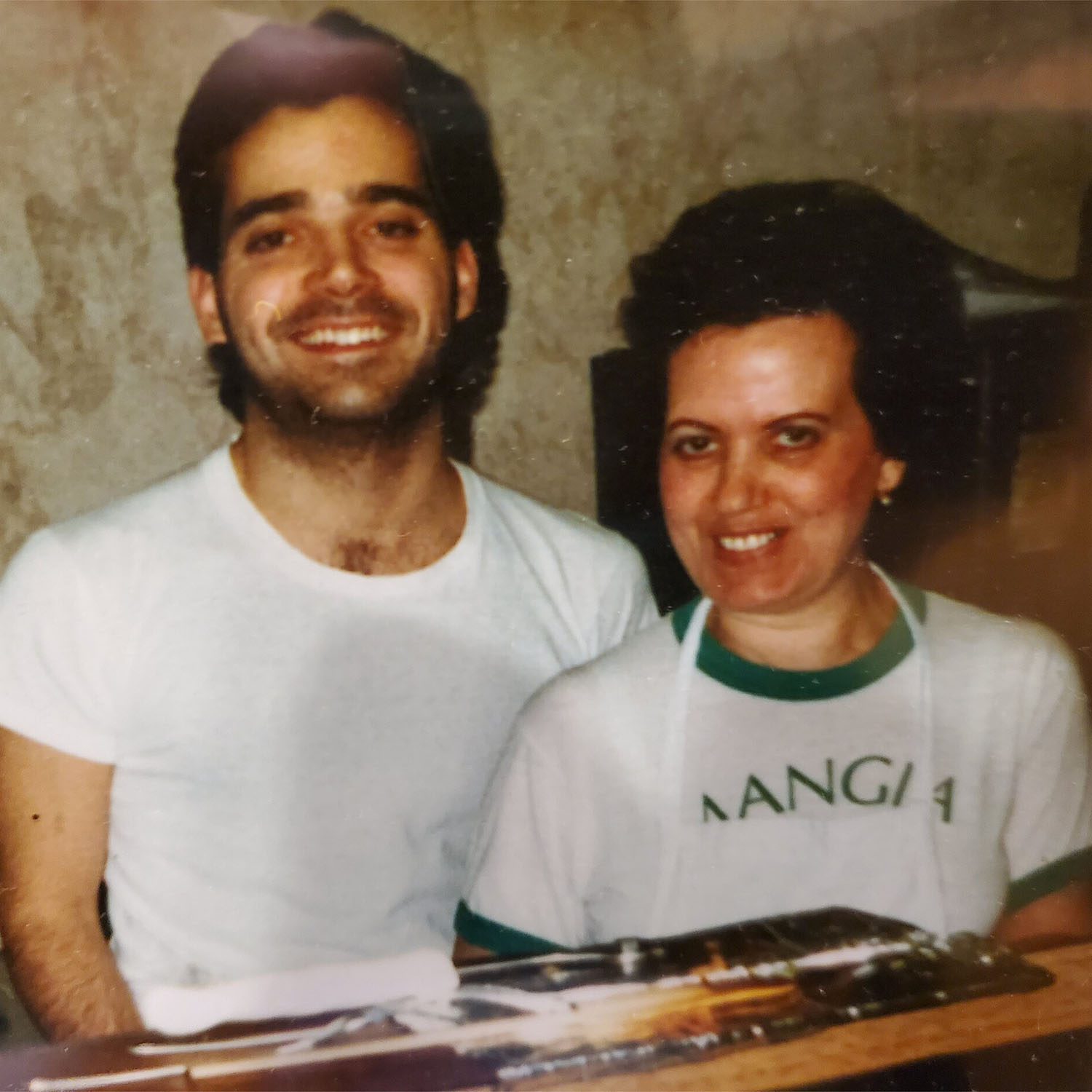 John and his mother Giovanna

After high school John met his future wife Cinda. At this time John was one of the main managers at his parent’s restaurant. The two would marry, and have a son who they named Simone after John’s father. With a family to support, John and Cinda decided to branch out and start their own restaurant in Sherman. They called it Sam’s Too, in honor of their son and his grandfather. John was bound to succeed, he had the energy and ideas of a young man, along with years of wisdom and experience already under his belt. Good food speaks for itself and before long business took off and hasn’t slowed down since. Customers from the original Sam’s followed John out to Sherman, and if you come in on the right day they’ll tell you about seeing him and his sisters work at their parents restaurant when they were younger. Over the years John’s children Sam, Sophia, and Ellie worked alongside their father learning the family business and work ethic. The food speaks for itself, our recipes have been perfected over generations and we continue serving homemade Italian cuisine at an affordable price, with small town customer service. Don’t just take our word for it, come in and try it yourself or give us a call for carryout at 217-496-2374

From Italy to your table. Deliver & Pickup